The Jewish community of Alytus was established in the 16th century. They had around 2000 members during the interwar period.

The German Army occupied Alytus on June 22, 1941 – the first day of the war between Nazi Germany and the Soviet Union. The persecution of Jews started immediately, intensifying mid-July of 1941.

Starting mid-August of 1941, the Jews residing in Alytus County – around 1000 men and women – were taken to the Alytus prison. They were detained in the prison courtyard.

The first mass murders took place on August 13, 1941. 617 Jewish men and 100 Jewish women were taken to be registered by the Lithuanian Security Police. These people were then brought to the forest and shot dead. 233 more Jews from Alytus and its county were executed before August 31, 1941.

Joachim Hamann and 4 non-commissioned German officers participated in the first mass shooting of Jews. Pits were dug in the Vidzgiris forest, which was close to the prison. Groups of people condemned to death were herded to their graves, lain face down in the pits and shot from above. Those about to die were lined up by the members of the local company of the Lithuanian TDA Battalion, commanded by Jonas Borevičius. German SS officers used their machine guns to carry out the massacre. The last group of Jews were shot by the local members of the TDA and several prison guards.

A few days later, the Special Squad (1st battalion, 3rd company) led by Hamann and Bronius Norkus organised a new operation to kill the Jewish people. This time, around 50 men were shot by 4 non-commissioned German officers and local collaborators. The Special Squad led by Norkus and Juozas Obelenis returned to Alytus several times after this massacre.

September 9, 1941 is marked in Karl Jäger’s report as the day the Jewish community of Alytus was decimated. 287 men, 640 women and 352 children – 1279 people overall – were executed on said day. Around 2230 Jews from Alytus died during these mass murders. 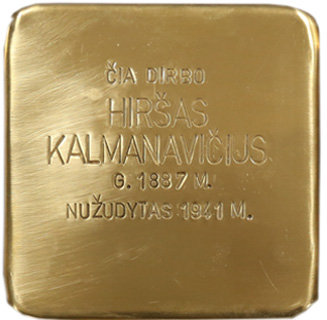 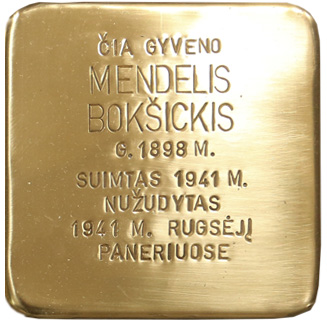 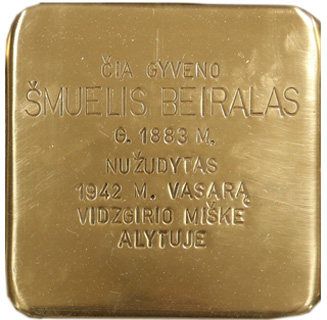