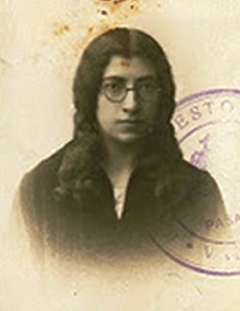 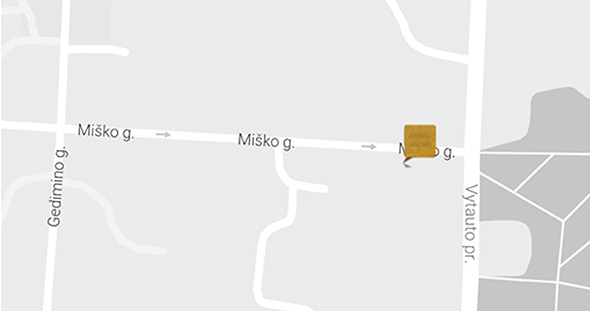 Cherne Pertsikovichiute was considered to be reserved and enigmatic. She studied at Vytautas Magnus University in Kaunas, at the same time completing a two-year art course at the Justinas Vienožinskis studio.

During the ten years of her career, she took part in eighteen exhibitions, her works being accepted even to Chicago for the 1936 Lithuanian Art Exhibition. According to the art historian Violeta Krištopaitytė, feminist ideology was of great importance to Cherne, who was an active member of the Lithuanian Women Artists’ Association.

In 1941, Cherne was interned in the Kovno Ghetto and is presumed to have been killed during one of the extermination operations in the ghetto.

The Stumbling Stone commemorating Cherne Pertsikovichiute is laid at Miško g. 1 in Kaunas where the painter attended an art course at the Justinas Vienožinskis studio.