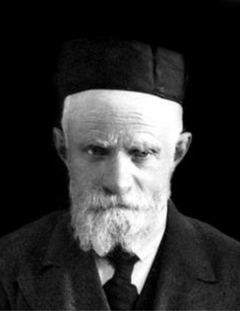 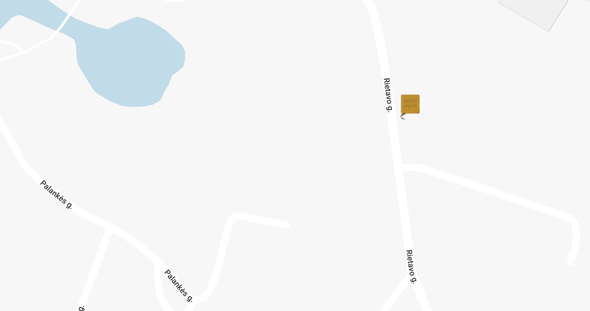 A memory of Jakovas Bunka, who was Mendel Ril’s grandson and the last Jew in the town of Plungė:

“My grandfather from the mother’s side, Mendel Ril, used to cure people sick with erysipelas because the doctors couldn’t help those patients. Samogitians used to say that there are only three causes of death – draught, fear, and erysipelas, which only illustrates how serious the disease was.

Not only Jews but Samogitians from all over Plungė and nearby areas would come to my grandfather. He would take a glass of water or lemonade if the patient would bring some, and go to another room, because his spell was a secret. He would whisper something and move his index finger in circles along the edge of the glass. When he was done, he would bring the glass to the patient and would tell them to drink one teaspoon of the liquid per day and, if needed, come to see him again.

He would never ask the patients to pay. If the cured person would offer him a gift, he would accept. But if not – he would never complain.

I was always intrigued by that spell. I wanted to know what the secret was so badly but when

I asked my grandpa about it, he told me that he would only disclose the secret once he would get very, very old. My grandpa didn’t get the chance to become very old – he, my grandmother, and one of my little sisters were killed in Skaudavilė, where they visited their daughter’s family. He took the secret spell to the grave.

Not everyone believed his spell but many people would get better. Once this couple from the village brought their daughter to my grandpa. Her face was red and swollen. The parents begged my grandpa to help because doctors could not cure her and my grandpa was their last hope. He repeated the spell with a glass of water, told the parents to give it to the girl and moved his hands around her face while silently reciting a prayer. The people came back two weeks later. To our great surprise, the girl turned healthy, joyful, and energetic, and her parents had brought us many gifts – eggs, butter, cheese, and a couple of hens.”

Mendel Ril and his wife Golda had five children. He baked bagels and smoked herring to make a living. He was a thoughtful father and a hardworking man who would willingly help those in need.

The Stumbling Stone for Mendel Ril was installed at Rietavo st. 23, where he lived and worked.