In 1939, Šiauliai was home to 8,000-8,500 Jewish people, which constituted about a quarter of the city’s residents. When the Nazis occupied Šiauliai, the fascists began the persecution of Jewish residents. 28 June 1941 marked the start of the detention and mass extermination of Jewish people. In the first weeks of the occupation, around 1200 men were arrested and killed. About a month later, two ghettoes were established in Šiauliai, in which around 6,000 people were interned.

The ghetto functioned until 1944. Extermination operations were carried out there, as was the case in ghettoes in other Lithuanian cities. When the ghetto was liquidated, the survivors were taken to concentration camps in Germany. Those coming from smaller towns were killed on the spot.

It is estimated that after the war only 350-500 Jewish people were left in Šiauliai. 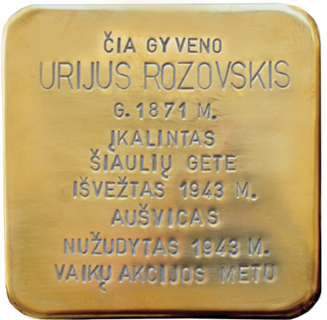 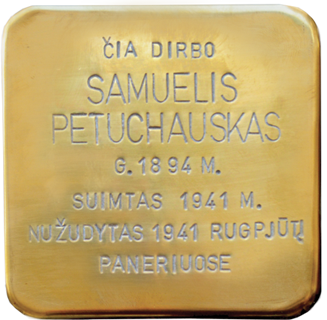