Approximately 6000 Jews lived in Ukmergė before World War II, making up almost half of the city’s population. The abundance of synagogues, schools, and bookshops ensured their thriving cultural, spiritual, and intellectual lives.

In the summer of 1941, the Nazis and their collaborators ordered the Jewish residents of Ukmergė to be forcibly moved to the ghetto established on the left bank of the Šventoji river. All Jews were required to sew Stars of David onto their clothes.

In August and September of 1941, the Jews from Ukmergė and the city’s districts were driven 4 km to the Pivonija forest to be executed. In 1953, a memorial commemorating over 6000 Jewish victims was built in the forest. 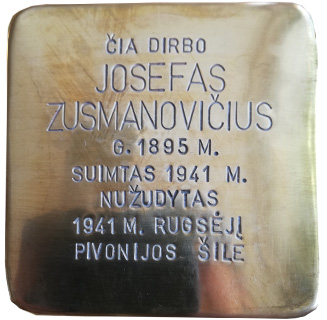 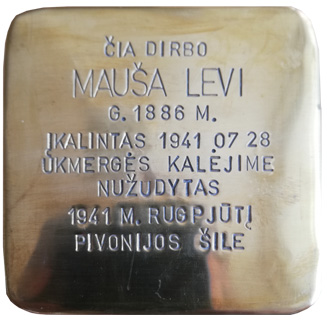