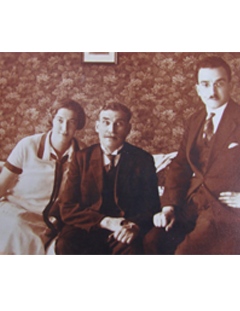 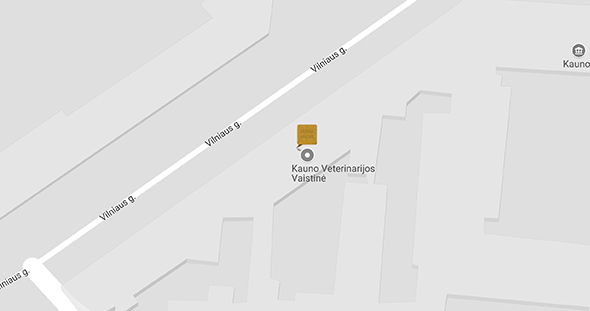 Ruta Glikman, who initiated the laying of their Stumbling Stones, tells the story of her family.

I, Rūta Glikman (née Bass), was born on 26 January 1942, in the Kovno Ghetto in Vilijampolė. The entire Bass family were at that time interned in the ghetto. My mother managed to sneak me out in a potato sack she gave to Jadvyga Babarskienė. Despite the risk of death to themselves and their entire family, Jadvyga and Alfonsas Babarskis were helping Jewish people during World War II. In 1999 they were awarded the Life Saving Cross and posthumously the title of the Righteous Among the Nations.

The Bass family lived at Prezidento g. 3 (present-day Vilniaus g. 72). My grandfather, Khayim Bass, was a merchant who from 1888 owned the “Ch. Bass & Sohn” company which operated in the building next door. My father Leyb and my grandfather Khayim made their living by trading fur, caps and hats.

My dad, Leyb Bass, was born in 1896 in Kaunas. In 1934, he married Tirtsa Bass, and they had two children together – my brother Eliezer and myself, Ruth (Rūta). The family lived at Prezidento g. 74 and were later interned in the Kovno Ghetto in Vilijampolė until 1944. My parents perished in the fire when the ghetto was liquidated in July that year.

Conditions within the ghetto meant that there wasn’t enough food, and whenever my mother managed to bring any food supplies from work, she divided it equally among our close relatives and our neighbours. I was told this by her neighbour, Ms Koen. The Stumbling Stones were laid in Kaunas on my mother’s birthday, the sixth of June.

My brother, Eliezer Bass, was born on 9 March 1938. He was imprisoned in the ghetto until March 1944. It is impossible to comprehend the horror that my parents suffered witnessing their son being abducted and taken to be killed. I know many children who survived and who were also abducted during the Great Children’s Action. Those who survived or were rescued were older children and so were able to work for the Germans, but the younger ones were immediately killed.

The Stumbling Stones commemorating the Bass family are laid at Vilniaus g. 72 in Kaunas.