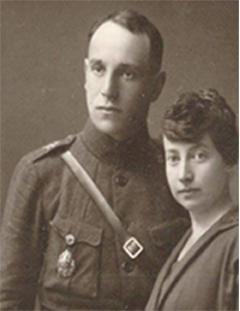 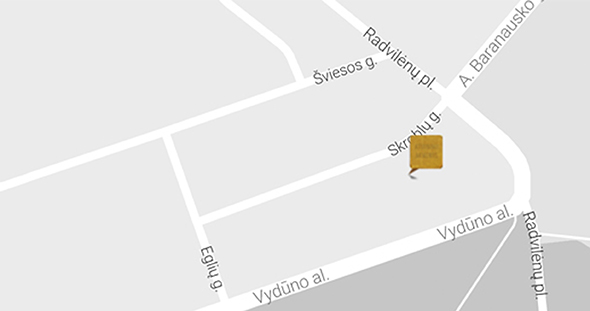 “We drank tea using the observational method: we would hang a sugar cube by a string and sip tea while looking at it. This didn’t make the tea taste any sweeter, but it cheered us up,” wrote Tamara Lazersonaite in her memoirs. She was the daughter of professor Vladimir Lazersonas, the pioneer of clinical psychology in Lithuania. Professor Lazersonas and his family drank their ostensibly sweetened tea in the Kovno Ghetto.

Before the start of the Holocaust, Vladimir Lazersonas together with scientist Jonas Vabalas-Gudaitis established the Laboratory of Experimental Psychology and Pedagogy at Vytautas Magnus University. The two founders were the only professionals in this field, getting the laboratory up and running and taking on the hardest tasks. It was only later that some gifted students joined them in their work.

Vladimir, whose name in his Lithuanian passport was Vlad, would treat various mental disorders in his private clinic. He would apply hypnosis to help desperate alcoholics, and would offer free services to the poor.

Not much is known about the professor’s wife, pediatrician Regina Lazersoniene-Safochinskaite. She was also incarcerated in the Kovno Ghetto and deported to the Stutthof concentration camp in 1944. There, she treated the other female prisoners, but died of unbearable living conditions.

Vladimir’s fate is similar. One of the pioneers of psychological science in Lithuania was brought to Dachau in 1944 and died there after a year.

Tamara and Victor, two of the three Lazersonas children, survived the Holocaust. Their oldest son Rudolf was arrested by Lithuanian collaborators at the start of the Nazi occupation and later shot dead at the Ninth Fort in Kaunas.

The Stumbling Stones for Vladimir Lazersonas and Regina Lazersoniene-Safochinskaite are installed next to their family home in Vydūnas alley 67, Kaunas.