During World War II, the Nazis persecuted the Roma people, brutally exterminating hundreds of thousands of Roma whose ancestors had lived in Europe for centuries.

Lithuania was no exception. It is estimated that at least 500 people of Roma descent, approximately one third of the entire community in Lithuania, were killed. At the end of the Nazi occupation, when people were deported to France and Germany, around 1000 Roma people were included.

On 2 August 1944, in the Auschwitz-Birkenau concentration camp in Poland, the Roma camp (the “gypsy camp”) was destroyed, and around 3000 people interned there were killed. The second of August is commemorated annually as the Roma Holocaust Memorial Day

Four Stumbling Stones have been laid at J. Tilvyčio g. 1 in Panevėžys, which are currently the only memorial signs commemorating the Roma Holocaust which took place in Lithuania 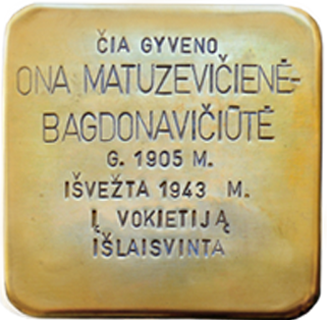 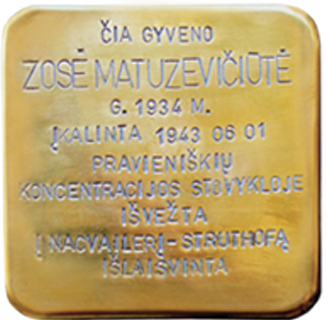 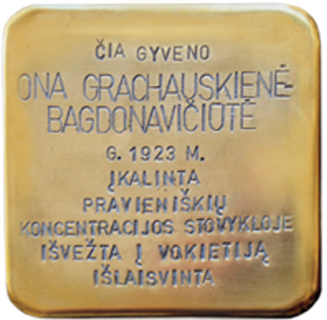 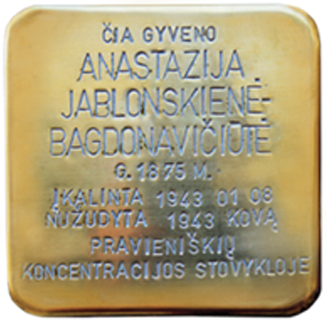